‘Where The Walking Dead Lives’ tour of Woodbury and Alexandria

Escape Atlanta with this guided tour to visit the town that hosts the production of The Walking Dead show! You'll see the settlements of both Woodbury and Alexandria during the tour. Come discover Where The Walking Dead lives! The tour stops will include:- Rick on the Atlanta Interstate - the iconic spot of the Walking Dead poster, where Rick enters downtown Atlanta on his horse- Woodbury - the survivor's settlement ruthlessly run by the Governor in Season 3- Woodbury Shoppe - the official Walking Dead store containing hundreds of collectibles- The Walking Dead Museum - artifacts including Daryl's motorcycle, the 'Dead Inside' hospital door and a cell from the prison where Rick and his crew temporarily resided- Nic & Norman's - director Greg Nicotero and Norman Reedus' restaurant- Alexandria - the exterior of the walled-off community containing the survivor's safe-zone 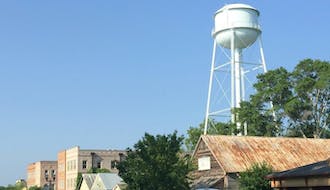 Total: USD
0
×
‘Where The Walking Dead Lives’ tour of Woodbury and Alexandria
from:
$ 124.74
Sorry, it\'s sold out
Unfortunately all tickets have been sold out for this event

🇹🇷🌍🇹🇷Istanbul is a major city in Tu