Atlanta now ranks as the second-largest film and television filming site in the U.S. and is quickly becoming known as the 'Hollywood of the South.' Discover why during this guided tour as you visit locations from the Marvel franchise such as Captain America and Spider-Man, as well as Fast & Furious, Divergent, and more.Based on your interests, stops on your tour will be selected from the following:CAPTAIN AMERICA CIVIL WAR- The location of the Nigerian marketplace- The Institute for Infectious Diseases where biological weapons were stolen- The church used for Agent Carter's funeral- The Avengers HeadquartersBLACK PANTHER- The site used for the opening & closing basketball court scenes- The museum Killmonger robbed- The Korean marketplaceSPIDER MAN HOMECOMING- Peter Parker's High SchoolFAST & FURIOUS 7- City street locations used for several chases and crash scenes- The Cemetery used for Han's funeralBABY DRIVER- The site of the opening bank robbery scene and getaway - Baby's apartment- Baby's workplace and favorite record storeANCHORMAN 2- The park where Ron Burgundy fought his epic, star-studded battleDIVERGENT- Headquarters for the Erudite EliteDRIVING MISS DAISY- The site of the Temple bombingTYLER PERRY'S MADEA- Madea's homeTHE HUNGER GAMES- The Capitol - the location of Peeta's rescue from the Capitol and the Tribute's Quarters- President Snow's Mansion - the home used as the mansion of the President of Panem 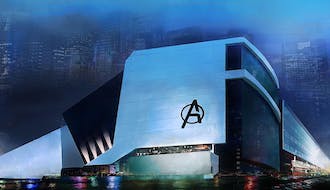 Total: USD
0
×
‘Hollywood of the South’ Atlanta film locations tour
from:
$ 125
Sorry, it\'s sold out
Unfortunately all tickets have been sold out for this event