If you're a rocker or just a lover of good music, join this 2-hour rock 'n' roll guided walking tour in London. From the Beatles to the Stones, from Ziggy Stardust to Queen visit the places where the history of rock has been made.

Retrace the lives of many rock legends by visiting the places where many of them have lived, performed, and died in London. From Rock to Blues, Pop to Punk, some of the biggest names in music has left their mark on this city.

Be guided and explore rock ‘n’ roll landmarks at the historic heart of the British music industry in Soho. Look at the place where the Sex Pistols began to perform, or where Elton John sat on the roof and kicked out the moss and Jimi Hendrix first played in London. And don't miss the venues where artists used to buy their outfits in the 60s. 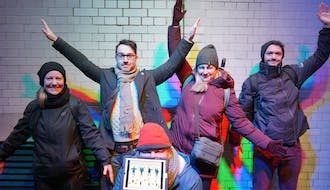