Meet famous superheroes and supervillains in Manhattan, the living backdrop for Marvel's blockbusting comic book creations. Captivating audio narrations will make you discover New York's striking cinematic scenery and give you a profound insight into how the entertainment plots reflect the course of history.You will start the tour at the notorious Hell's Kitchen to discover historical trivia of the neighborhood where Marvel's first office was located and the first "Marvel Comics" came out. Then, you will see the Baxter Building, a.k.a. the headquarters of the mighty Fantastic Four that became Marvel's first superhero team.Next, you will spot differences between the MetLife Building in real life and its silver screen rendering, the Tony Stark Tower, and later, the base of the Avengers family. Dwelling near the Grand Central Terminal, you will experience the grandeur of where the final battle in the namesake movie took place.After that, you will pass by the magnificent Chrysler Building and catch up with the Spider-Man character creation story. Finally, you will make it to the prestigious Tudor City area where his antagonist, supervillain The Green Goblin, used to lodge – be amazed by the price his apartment was sold afterward! 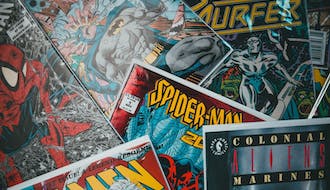