Your exciting day tour will kick off with a trip through Ireland’s southern terrain. As you leave the city behind, you’ll pass into an area referred to as 'The Curragh' within County Kildare which is absolutely perfect for breeding and training horses. You'll arrive at Blarney Castle, which is the highlight of the tour for most. Blarney Castle is known around the world for its famous Blarney Stone and many say that if you kiss the stone, you'll get the 'gift of the gab'. But Blarney Castle isn't all about the Stone, the castle itself is worthy of exploration as are its fantastic lush grounds and woodland walks. There is so much to see and explore including the Rock Close and the Wishing Steps!You'll then explore Ireland’s second largest city, known as the ‘Rebel City’, and take in its vibrant atmosphere. In Cork, you'll be met by a local guide who will take you on a walking tour of the city and help you to discover its history and famous places. After your guided tour, you'll have some time to explore and sample some local cuisine and explore more of the city.Your final stop of the day will be at one of Ireland’s Seven Wonders - the Rock of Cashel! Here you’ll explore the Hall of Vicars, Cormack’s Chapel, Celtic Cathedral, Round Tower and the surrounding grounds filled with ancient high crosses. Then, you’ll have the opportunity to gaze upon one of Ireland’s oldest Romanesque wall paintings inside the world-famous historical landmark before returning to Dublin. 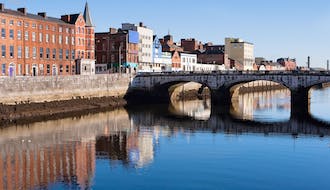 Total: USD
0
×
Blarney Castle and Cork day tour
from:
$ 83
Sorry, it\'s sold out
Unfortunately all tickets have been sold out for this event